Protein misfolding and aggregation are involved in neurodegenerative disorders, including Alzheimer’s disease and Parkinson’s disease. Similar, but minor patterns have been observed in biological aging without pathology markers. Are those diseases “intensified” variants of “normal” aging events? Can protein aggregation be mitigated to improve the health of the diseased, or improve the quality of life of an elder? We study aging and protein aggregation in Caenorhabditis elegans, a small, translucent, short -lived worm. We subject worms to stressors, including emerging environmental contaminants, to quantify the relationship between premature aging and protein trafficking in cells. 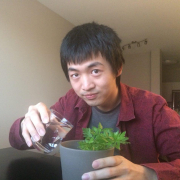